The flight to Palumeu From the Zorg en Hoop airport in Paramaribo, you fly to Palumeu over the catchment area of the Suriname river. In clear weather you can see for five minutes in a row: -in the far left the alumina plant in Paranam -Even later you fly over the Johan Adolf Pengel international airport (or 'Zanderij') -Then the huge Brokopondo reservoir with an area comes into view of approximately 1600 km². - Between the lake and the plane, you have a view of the nature park Brownsberg - Clearly of the reservoir lie along the Upper Suriname River dozens of Saramaccan villages. The airports at Laduani, Botopasi and Dyumu are clearly recognizable. -After 50 minutes, the Suriname River will disappear from view and you will see mountain tops, of which the pointed Roosevelt peak (on your left) is the most striking. Just before landing you have a view to the south of the destination of your destination: the wide Kasikasima Mountains.

The location of the Palumeu and Kasikasima area The imposing, mysterious Kasikasima Mountains lie as the crow flies at 65 km from Palumeu. This Indian village is located at the start of the Tapanahony river, where the Palumeu and Upper Tapanahony rivers meet. The rivers are fed by rainwater. In the rainy season the water can be as much as 6 meters higher than in the dry season. Palumeu is located at 170 meters above sea level. The Tapanahony River flows to the northeast and forms 175 km away with the Lawar River, the Marowijne River. This is the natural border with French Guiana. Another 135 km to the north, the Marowijne River flows into the Atlantic Ocean, past the border village of Albina. It takes 8 to 12 days per canoe (with outboard motor) to sail from Albina to Palumeu. Especially at low tide, the many large rapids are difficult to pass. That we can fly you to Palumeu in 65 minutes, you can safely call it a luxury! From Palumeu you can take two day trips by boat to Mount Kasikasima.

The accommodation Guests of the Kasikasi tour stay overnight in the group accommodation. There are five bedrooms with single and double beds under one roof with a shared toilet and shower. On the way to Kasikasima and at the foot of the mountain you spend the night in a covered hammock camp. Meals are prepared by local chefs and served in the dining room. You can also relax in the cozy jungle bar lounge. During the stay in Palumeu, solar lighting is used in the evening, while oil lamps are used on the Kasikasima camps.

The village of Palumeu About 300 Indians live in the village of Palumeu. Despite the language difference, two tribes, the Trios and Wajanas, live together brotherly. The village is governed by a captain and some assistants (basjas). Just like their ancestors, villagers use what the jungle has to offer for their livelihood. With hunting, fishing and arable farming ("farmland") they provide their food, which consists of tubers, fruit, fish and game. Vegetables are not on the menu. The main food is cassava. Many building materials and utensils are still being extracted from the forest. In addition, locals now also buy consumer goods in Paramaribo, such as kitchen utensils, clothing, tools, music, outboard engines and gasoline. Tourism provides an additional source of income. The residents are happy with our guests and are closely involved in the tour program. The village has its own school and outpatient clinic.

You can do a shortened version of the Kasikasima tour in five days (four nights), always from Monday to Friday. For this, contact us via the contact form!

Upon arrival at Palumeu you start the trip with a picnic lunch and first visit to the village. In the evening after a preparatory conversation in a group, you can enjoy a wonderful night's rest on beds. The last one for this week, because you take an adventurous trip, where you go to sleep in hammocks. The next morning all supplies are carefully loaded and the journey to Kamakabari intermediate camp begins. The overnight camp is reached in the late afternoon. Here you can relax in the river, have your hammocks ready and experience your first "jungle sleep" with the sound of howler monkeys. The second leg to the base camp Sawaniboto is harder. You can already get acquainted with one of the big rapids, the impregnable Trombaka. A transfer is made here with all luggage, after which the journey is continued. Along the way, the purpose of your journey, the Kasikasima Mountain, briefly, beautifully. Arriving at the base camp at the mighty Sawaniboto rapids at the foot of the mountain, you are getting used to the routine of the trip. Discuss the program and install it for the night while the food is being prepared. The climax of the trip, the climb to one of the peaks, requires a lot of your fitness. But this (literally) highlight is definitely worth it. The Indian population has a great deal of respect for this place that has the leading role in many of their mystical stories. Once you have arrived on the plateau, you will be able to understand these feelings well. In addition to the breathtaking view of the rainforest, you can also catch your eye as far as the Brazilian border. The further program takes you through an instructive jungle tour through tropical flora to the Mankodebaku rapids, a real water festival. The Indian camp further on is also visited if the two families staying there are present. In the evening you will be taken on a boat trip to listen to the forest at night while the morning boat trip gives you an impression of the awakening of the tropical forest. Opportunity to paddle, traditional bow and arrow shooting lessons, fishing, bird watching, are all possible during this trip. After returning to Palumeu, plenty of opportunity to share your experiences during the hours at the cozy bar. The following morning a village walk is made with the opportunity to buy souvenirs. After an early lunch you will be flown back to Paramaribo. You can do a shortened version of the Kasikasima tour in five days (four nights), always from Monday to Friday. 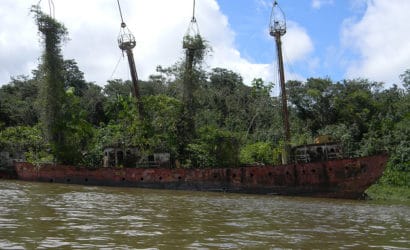 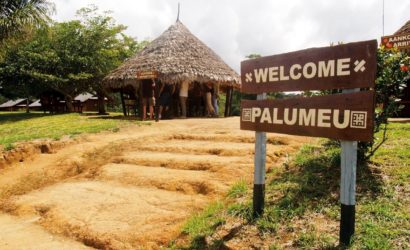 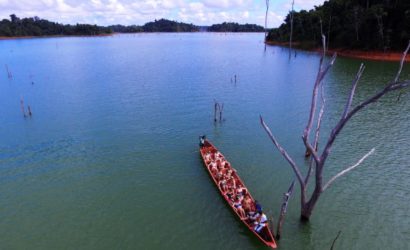 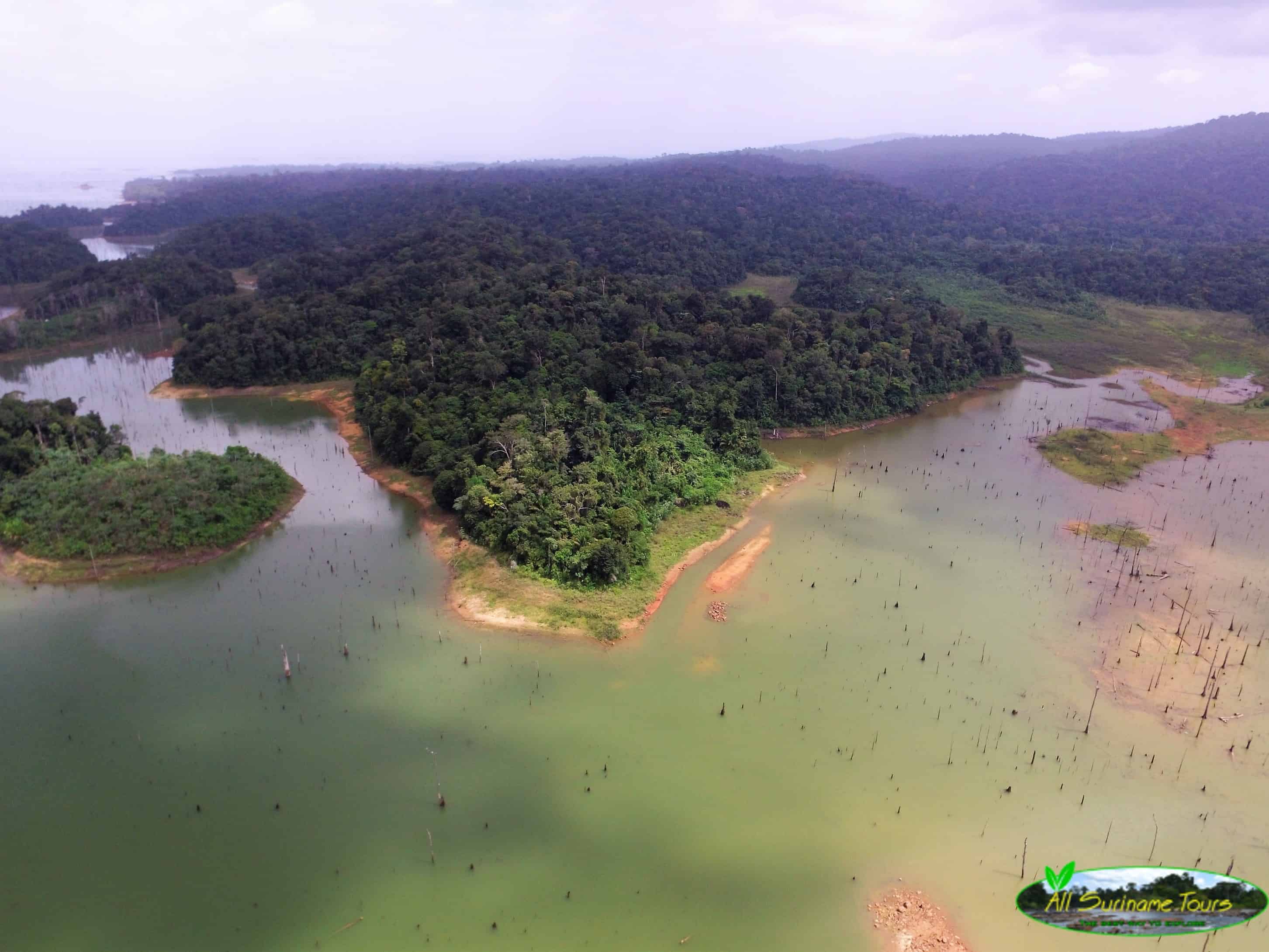 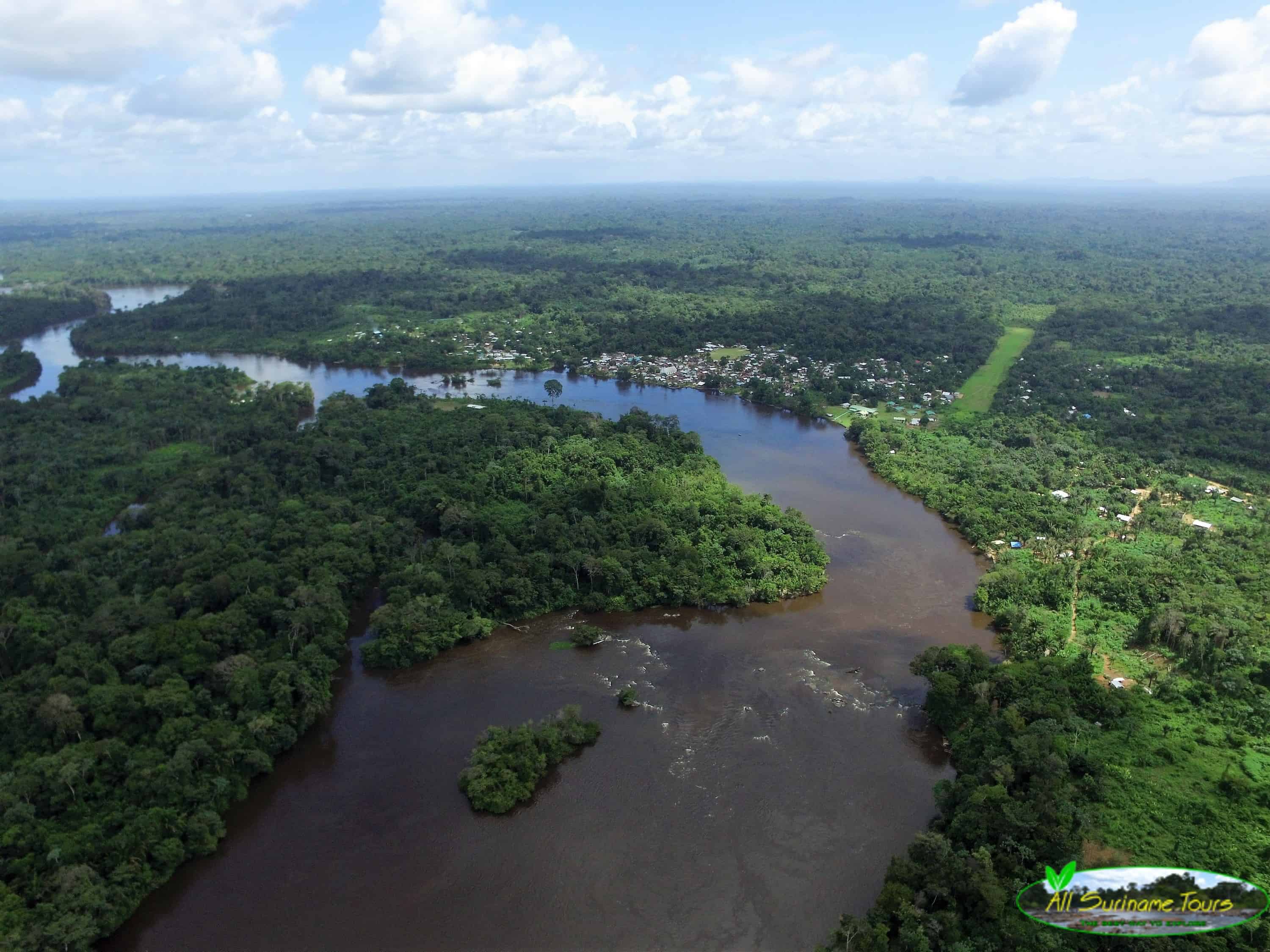 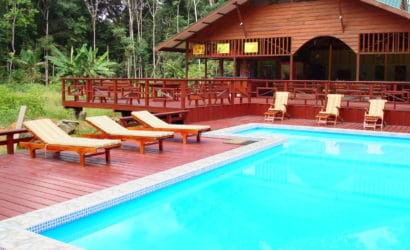